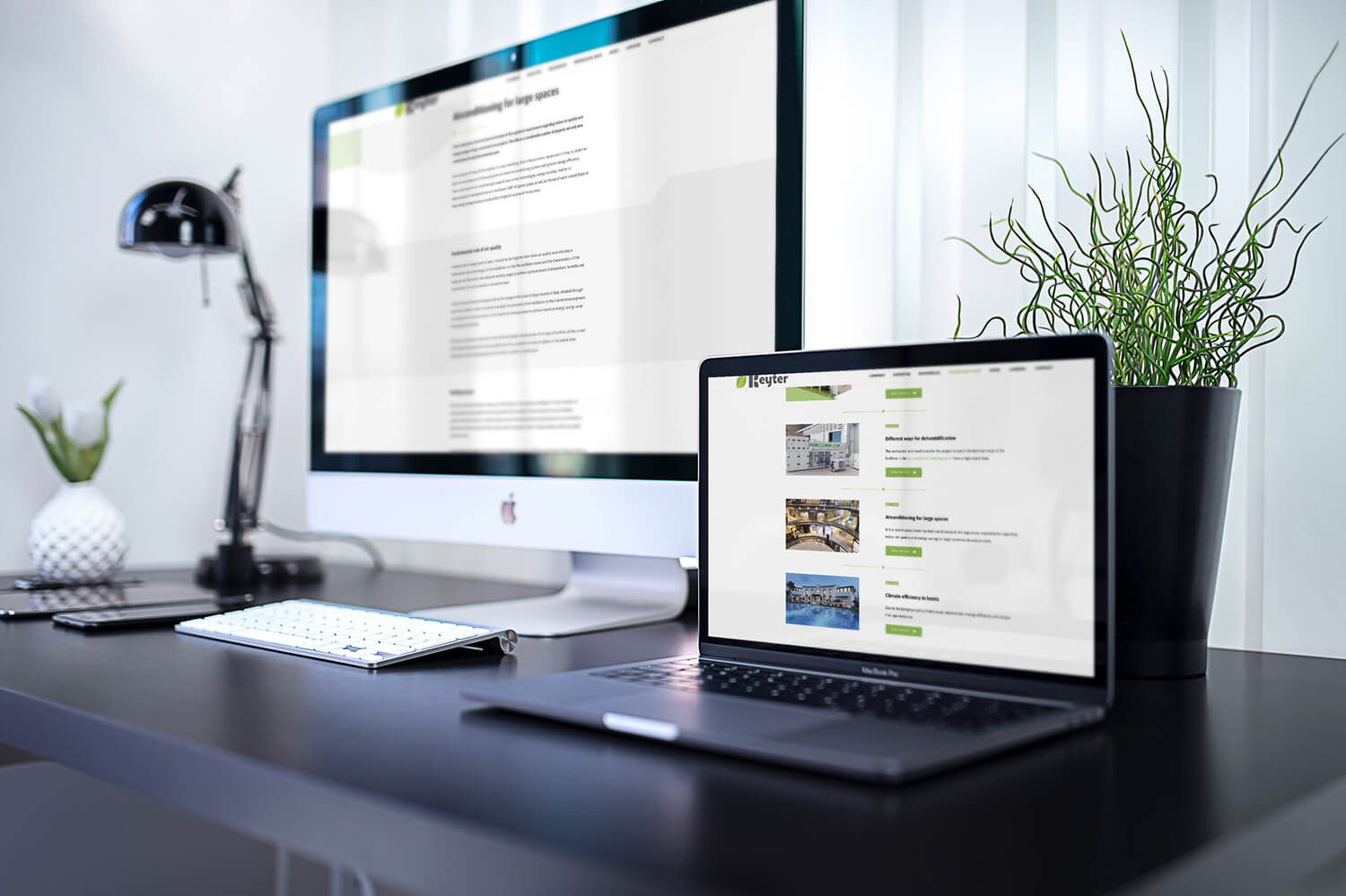 The global targets for decarbonisation and the reduction of greenhouse gas emissions raise the increasing use of renewable energies. Within these, photovoltaic solar energy is an energy source that produces electricity of renewable origin, obtained directly from solar radiation by a semiconductor device called a photovoltaic cell.

Photovoltaic energy does not emit pollution during its operation, effectively contributing to reduce the emission of greenhouse gases; although it is true that in the global life cycle of photovoltaic panels there may be a certain environmental impact, quickly amortizable.

The production of electricity by photovoltaic panels depends on the intensity of solar radiation, being affected by the location, the orientation of the panels, shading, adverse weather conditions (lack of sun, clouds,…) or dirt deposited. In this way, the electricity generation curve presents a typical characteristic shape, with a higher production in the hours of greatest solar radiation and less in the early and last hours of the day, with oscillations that will depend on the aforementioned factors.

On the other hand, the improvement of the energy efficiency of installations in general, and thermal facilities in particular, is proposed as another of the great objectives worldwide. It is here that chiller units and heat pumps play an increasingly relevant role. 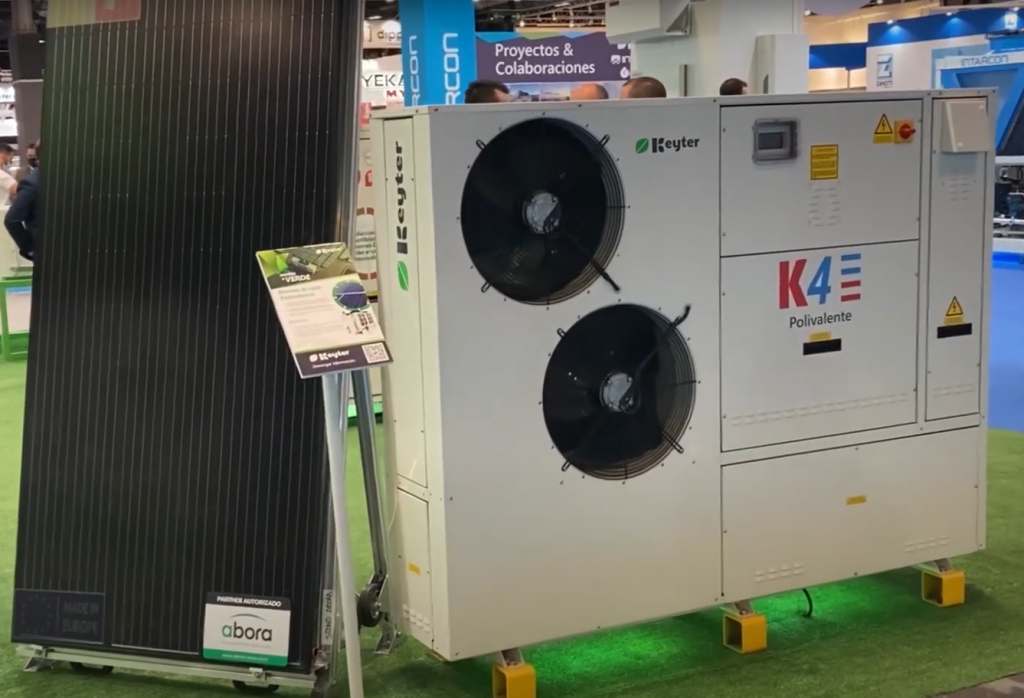 In this type of equipment two factors are combined. On the one hand, the advance of inverter systems allows this technology to be applied to adapt, in an increasingly approximate way, the production to the thermal demand with adjusted energy consumption, achieving high efficiency values at partial load and, therefore, a very significant improvement in seasonal efficiency. On the other hand, the chiller unit or heat pump, in its different presentations (direct expansion equipment for condensation by air or water and chiller units or heat pump condensation by air or water) (air-air, air-water, water-air or water-water), is based on the use of heat sources of renewable origin such as aerothermal or geothermal energy.

From all the above it is easy to deduce that the combined use of photovoltaic solar energy and chiller units and heat pumps offers us unbeatable expectations.

The greatest difficulty in the application of these technologies, in a combined way, lies in the non-coincidence between the generation and demand curves. In the market there are multiple proposals of heat pumps for air conditioning, heating and / or production of DHW associated with photovoltaic generation systems. In most of these equipment it is proposed, basically, to take advantage of the surplus of photovoltaic generation in hours of greater radiation and lower consumption to accumulate thermal energy at higher temperature (thermal accumulation tanks, underfloor heating) instead of the use of batteries for the accumulation of electrical energy since these represent a high cost of investment and maintenance. Another strategy used is to anticipate the operating hours of the equipment in order to create a certain thermal inertia in the building itself and reduce the peak start-up demand of the installation.

It is common to find isolated photovoltaic installations or with limitation in the power of connection to the grid, either due to an electrical connection of insufficient section or due to the non-availability of power in the nearby transformation centers. In these cases, the most common equipment offered in the market does not usually have any type of energy management that allows us to adapt the power consumed to the power generated at all times, being forced to stop its operation at times of low generation.

KEYTER TECHNOLOGIES has developed an energy management technology, applied in its equipment in full inverter version, capable of adapting the electricity consumption and the thermal production capacity depending on the photovoltaic generation power.

The use of the inverter compressor allows the variation of the capacity by modulation of the rotational speed of the compressor and the adjustment of the electrical consumption, with elimination of the high starting currents. The electronic expansion valve provides proportional modulation of the refrigerant with high flow accuracy under partial loads and extends the operating range of the equipment. Finally, the use of electronically switched motors (EC) applied to axial fans, plugfan radials and water circulation pumps allows the adaptation of the flows to different conditions and operating strategies reducing the power consumed as well as the starting current of the same.

Interested in other (technical) knowledge articles? Keep yourself up to date and read them all.

We use first-party and third-party cookies, we store or acces information on a device, for analytical purposes and to show you advertising related to your preferences, based on your browsing habits and profile. Click here for more information You can configure cookies by clicking on "Cookies". You can also accept all cookies by clicking on"Accept" or reject it on "Reject".
CookiesACCEPTREJECT
Managing consent

This website uses cookies to improve your experience while you navigate through the website. Out of these, the cookies that are categorized as necessary are stored on your browser as they are essential for the working of basic functionalities of the website. We also use third-party cookies that help us analyze and understand how you use this website. These cookies will be stored in your browser only with your consent. You also have the option to opt-out of these cookies. But opting out of some of these cookies may affect your browsing experience.
Necessary Always Enabled
Necessary cookies are absolutely essential for the website to function properly. This category only includes cookies that ensures basic functionalities and security features of the website. These cookies do not store any personal information.
Non-necessary
Any cookies that may not be particularly necessary for the website to function and is used specifically to collect user personal data via analytics, ads, other embedded contents are termed as non-necessary cookies. It is mandatory to procure user consent prior to running these cookies on your website.
SAVE & ACCEPT